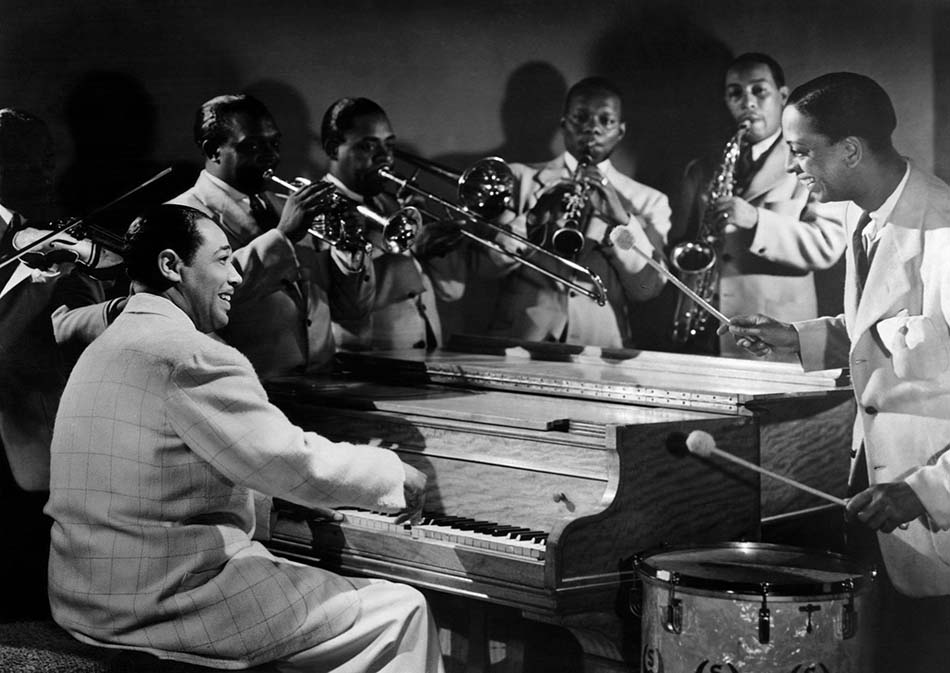 Duke Ellington and his Famous Orchestra, 1945.

Swing organized musicians into larger groups and required them to play more written music than traditional jazz. Swing brought a level of respectability to jazz, which had previously been associated with the brothels of New Orleans and the gin mills of Chicago. Pianist Fletcher Henderson and his orchestra was perhaps the most important early act in swing music. His band featured Coleman Hawkins, Benny Carter and Buster Bailey as soloists.

Although swing music's popularity declined in the 1940s, it was an important influence of  the new jack swing style in the late 1980s and early 1990s, and there was a swing revival in the 2000s featuring white artists such as the Brian Setzer Orchestra and the Cherry Poppin' Daddies.

It Don't Mean a Thing by Duke Ellington

You must take the "A" train
To go to Sugar Hill, way up in Harlem
If you miss the "A" train
You'll find you missed the quickest way to Harlem

Take The A Train by Billy Strayhorn