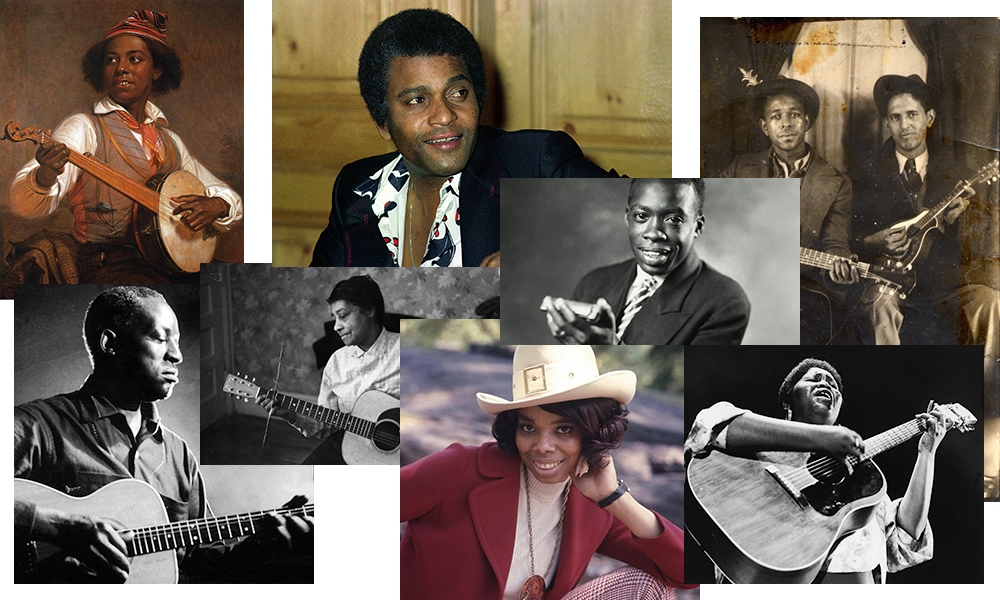 The origins of the country and folk music genres, and Black musicians' contributions to them, have been obscured over history, but it is not an overstatement to say neither would exist in their current form without Black artists.

The banjo is an instrument with roots in Africa. From its earliest days in the 19th century, what became labeled "country" or "hillbilly" music was performed by white and Black musicians in the American South. The Carter Family, known as "The First Family of Country Music" never would have developed their sound without the help of Lesley Riddle. Hank Williams learned guitar from Rufus "Tee Tot" Payne, who he said taught him "all the music training I ever had."

Black representation in country and folk music became limited once record companies decided to market different music to white and Black audiences, but it never went away. Elizabeth Cotten was rediscovered by the Seeger family and achieved success on the folk circuit in her 60s. Charley Pride was one of the most successful country artists of the 20th century, Black or white, and Linda Martell became the first Black woman to perform at the Grand Ole Opry in 1970.

One style of folk music developed by African Americans was Barbershop. As they still are today, barbershops were a place for Black men to congregate and socialize. While waiting for their haircuts, men would vocalize spirituals and other popular songs in an unaccompanied four-part singing style.