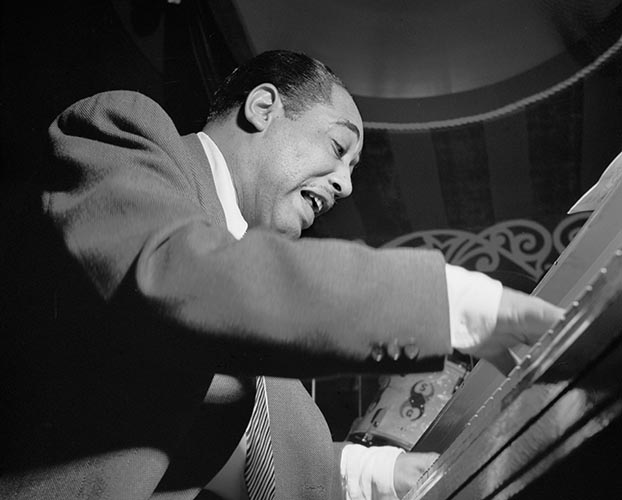 Duke Ellington at the piano.

"Duke Ellington was the most important composer in the history of jazz as well as being a bandleader who held his large group together continuously for almost 50 years. The two aspects of his career were related; Ellington used his band as a musical laboratory for his new compositions and shaped his writing specifically to showcase the talents of his band members, many of whom remained with him for long periods. Ellington also wrote film scores and stage musicals, and several of his instrumental works were adapted into songs that became standards."
William Ruhlmann, Allmusic.com

Duke's father, James Edward Ellington, was a butler in the White House.