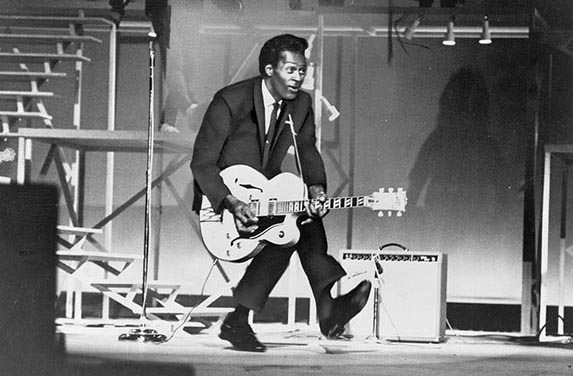 The bastard child of a dozen mothers and countless fathers, rock & roll was a phenomenon unlike the world had ever seen or has seen since. America's prosperity after WWII led to the rise of youth culture, which soon became the dominant force in music.

Today, rock and roll is considered white folk's music, but the genre was largely born and influenced by rhythm and blues. In fact, up until the mid-1950s, the terms were used interchangeably. Labelling rock & roll as white also ignores the fact that most of its earliest stars, such as Fats Domino, Bo Diddley, Little Richard, were Black, and that white artists like Elvis Presley and Jerry Lee Lewis were trying to infuse rhythm and blues into the country and rockabilly styles.

Elvis gave credit to the Black artists that paved the way for him. Once, while in Las Vegas, a reporter referred to him by his well-known moniker "the king." Elvis pointed to Fats Domino, who was also present, and said, "No, that’s the real king of rock and roll."

The Father of Rock and Roll.

The most popular Black rock and roll artist of the 1950s.

The singer-songwriter of "Why Do Fools Fall In Love."

A flamboyant and electrifying musician and vocalist.