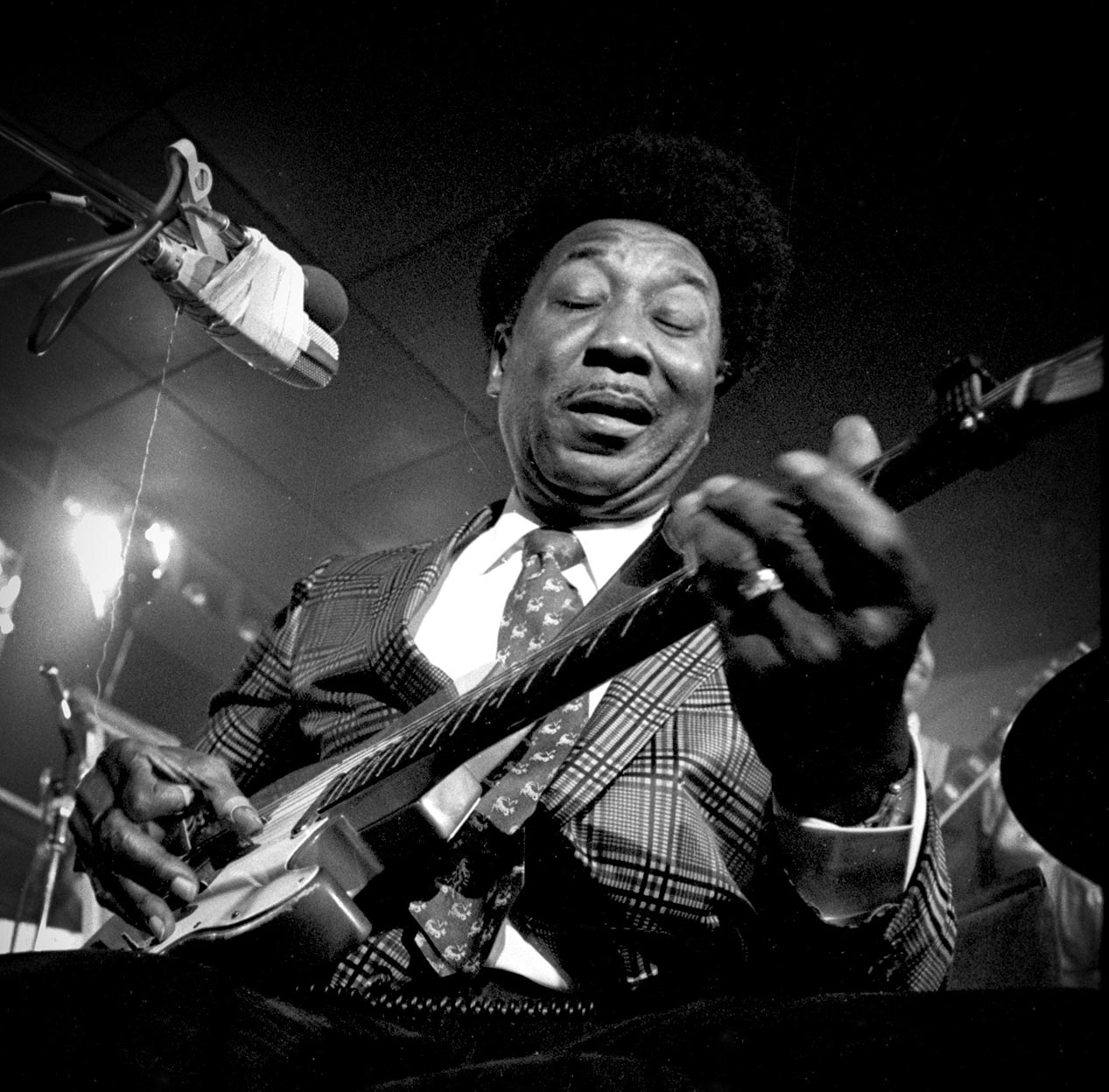 The blues gets wired. Artists like Sonny Boy Williamson and Johnny Shines began experimenting with amplification of their instruments, most prominently guitar but also harmonica, bass, drums, and keyboard. Electric blues began famous for featured rough vocals, vocal-like responses from the lead guitar or harmonica, and a rhythm section with a strong beat. Different styles emerged in various regions of the country, including Chicago, Detroit, Memphis,  New Orleans, and the West Coast.

Electric blues had a huge impact on British musicians. Early music from groups such as The Rolling Stones and The Yardbirds were basically repackaging versions of the music Black artists had been putting out for years. Electric blues heavily influenced soul and rockabilly music and laid the foundations for hard rock and heavy metal.

And then I sit there, drinkin', gettin' high, mellow, knocked out, feelin' good
About that time I looked on the wall, at the old clock on the wall
About that time it was ten-thirty then, I looked down the bar at the bartender, he said
'What do you want, Johnny?', one bourbon, one scotch, and one beer

"One Bourbon, One Scotch, One Beer" (John Lee Hooker version) by Rudy Toombs

The King of the Electric Blues.

Pioneer of "jump blues" and a blues guitar legend.