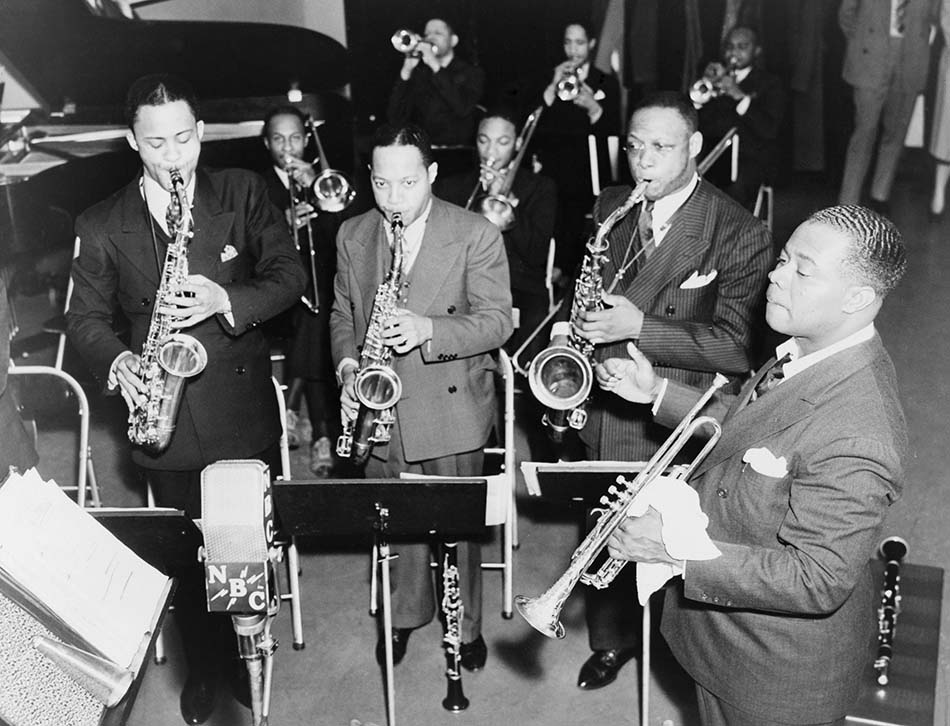 A young Louis Armstrong with his band.

Jazz was born in New Orleans in the early twentieth century and has roots in blues and ragtime. The diversity of the city, which included people of African, Caribbean, European, and Native American descent, was a prime mover to the creation of the genre.

Louis Armstrong was the most towering figure in early jazz and the father of modern jazz improvisation. Recordings of his early music inspired countless others to develop their own personal styles.

The imposition of Prohibition in the United States inadvertently inspired what is known as the Jazz Age. Illicit drinking establishments, known as speakeasies, hosted jazz bands, which led to jazz's reputation as immoral.

Today, jazz is seen as one of America's most significant contributions to the world of music.

At the age of 12, Louis Armstrong was arrested for firing a pistol into the air on New Year's Eve. He was sent to The Waif's Home (a reform school) for his transgression. At the reform school, Louis was introduced to the cornet (a trumpet-like instrument) and eventually played in a band.

Pops was the first superstar of jazz music.

The father of jazz piano.