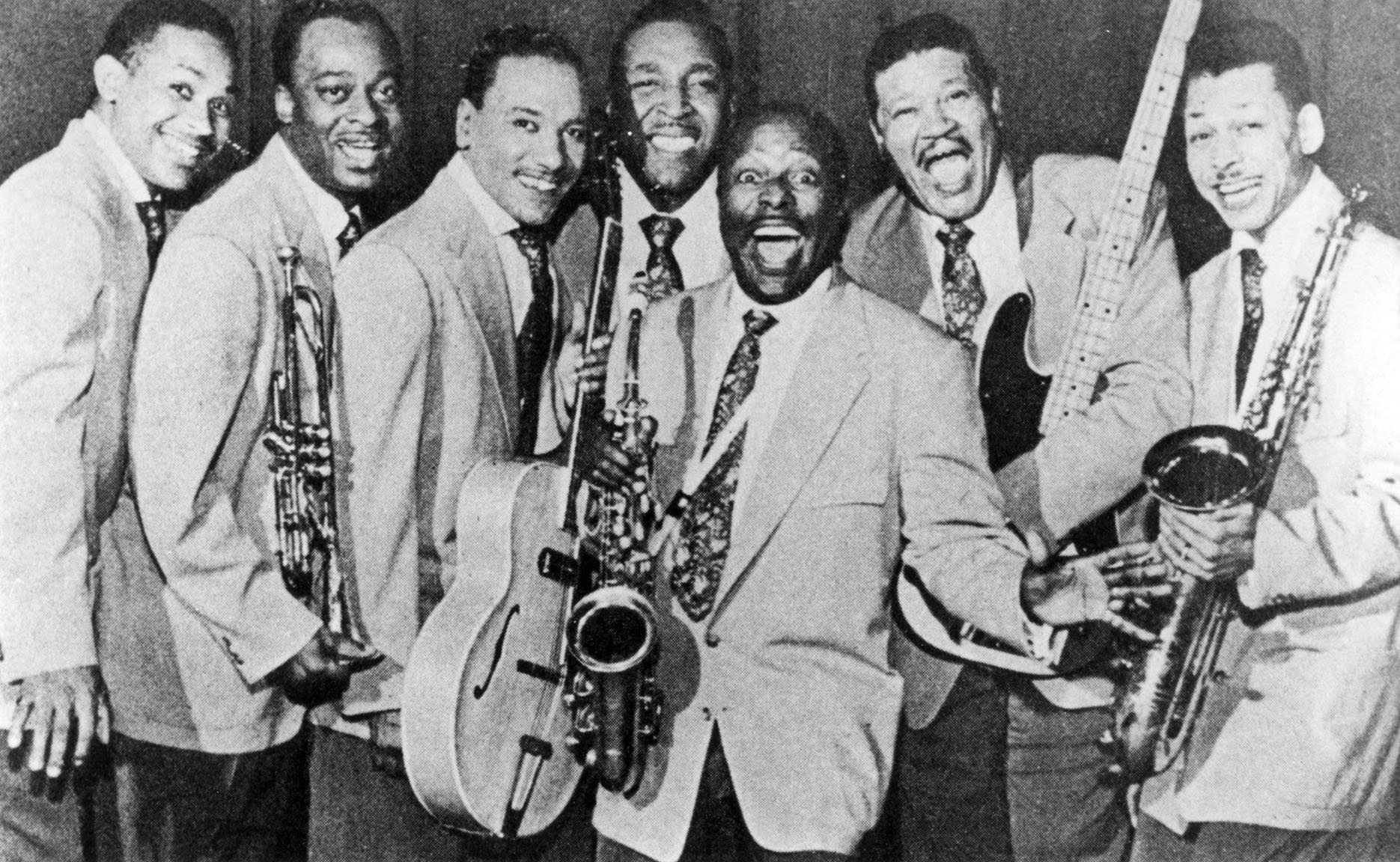 Louis Jordan and his band.

In 1949, Billboard changes the name of its "Race Records" category to "Rhythm and Blues Records." Although the name changed, the meaning didn't. Rhythm and blues was music made by Black musicians for Black listeners.

Many, if not most, early rhythm and blues performers came out of the big band swing era. In addition to jazz, rhythm and blues was influenced by blues and gospel music, but it evolved into its own unique style in the post World War II era combining soulful singing and a powerful backbeat. In fact, the birth of rhythm and blues was the death knell for the big bands. The blues singer Gatemouth Moore said of Louis Jordan, "He was playing...with five pieces. That ruined the big bands ... He could play just as good and just as loud with five as 17. And it was cheaper." (Quote from The Chitlin' Circuit and the Road to Rock 'n' Roll, Preston Lauterbach, 2011)

See the girl with the diamond ring
She knows how to shake that thing
All right now now now, hey hey, hey hey

What'd I Say by Ray Charles

The powerful singer "At Last" and "Tell Mama."

She helped pave the way for rock and roll.

The King of The Jukebox.