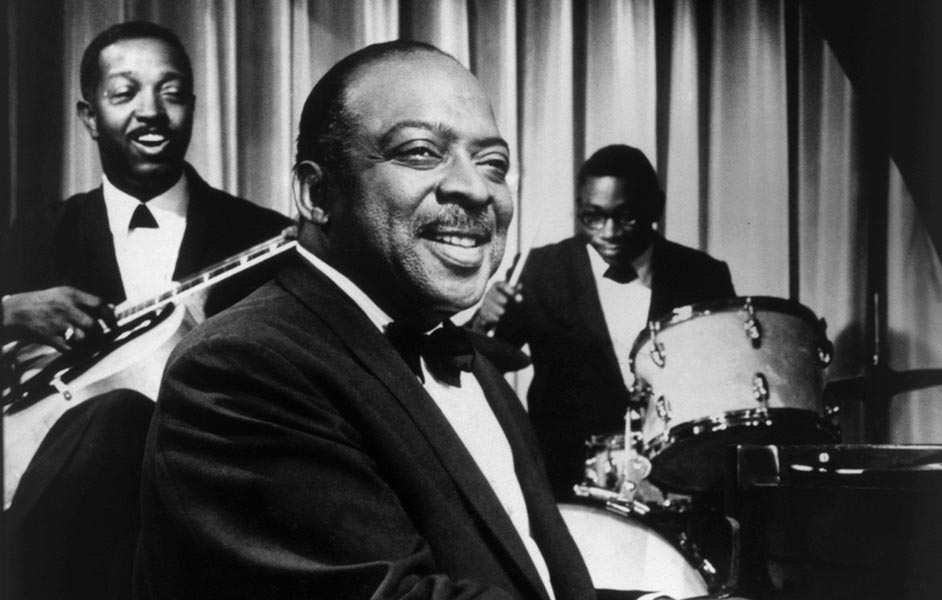 Count Basie with his orchestra.

"Count Basie was among the most important bandleaders of the swing era. With the exception of a brief period in the early '50s, he led a big band from 1935 until his death almost 50 years later, and the band continued to perform after he died. Basie's orchestra was characterized by a light, swinging rhythm section that he led from the piano, lively ensemble work, and generous soloing. Basie was not a composer like Duke Ellington or an important soloist like Benny Goodman. His instrument was his band, which was considered the epitome of swing and became broadly influential on jazz."
WIlliam Ruhlmann, Allmusic.com

Asteroid 35394, discovered by astronomers at the CERGA Observatory Caussols in 1997, was named Countbaise after the legendary bandleader.