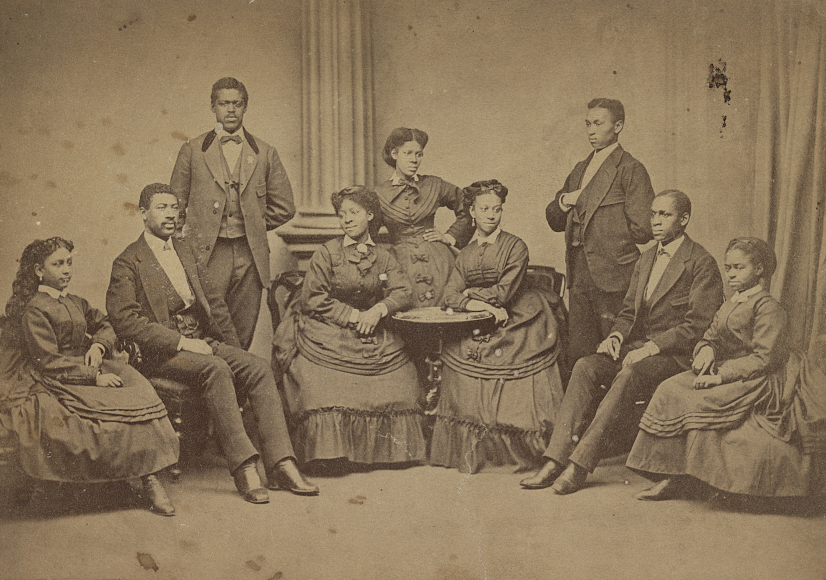 "A spiritual is a type of religious folk song that is most closely associated with the enslavement of African people in the American South. The songs proliferated in the last few decades of the 18th century leading up to the abolishment of legalized slavery in the 1860s. The African American spiritual (also called the Negro Spiritual) constitutes one of the largest and most significant forms of American folksong."
Library of Congress

‍
"A keen observer might have detected in our repeated singing of 'O Canaan, sweet Canaan, I am bound for the land of Canaan,' something more than a hope of reaching heaven. We meant to reach the North, and the North was our Canaan."
Frederick Douglass

Sometimes I feel discouraged,
and think my work's in vain,
but then the Holy Spirit
revives my soul again.

From There is a Balm in Gilead

Lift every voice and sing, till earth and Heaven ring

From Lift Ev'ry Voice and Sing"

They preserved the tradition of Negro spirituals.

The composers of "Lift Every Voice And Sing."