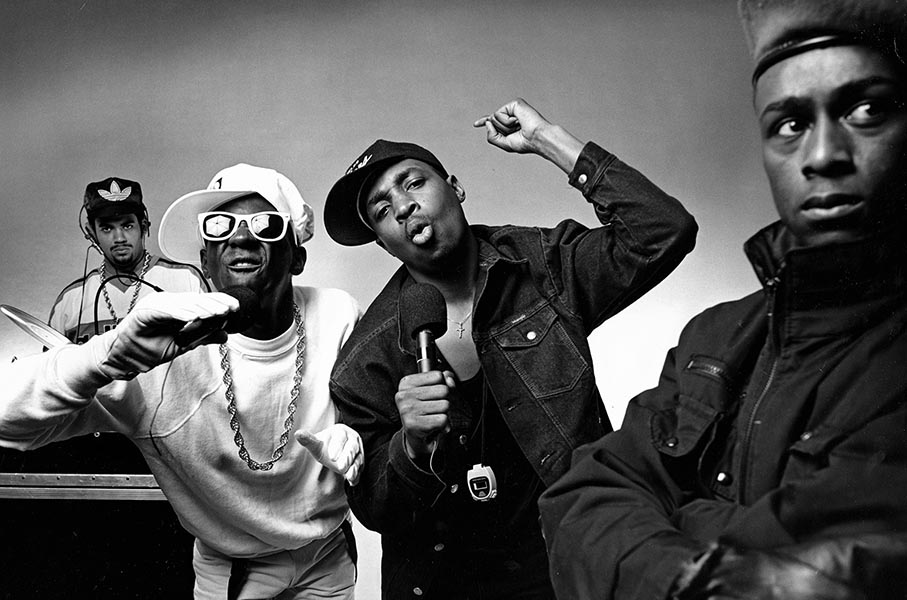 When Public Enemy exploded on the scene with their debut album, Yo! Bum Rush the Show!, they immediately claim the position as the racial conscience of Hip Hop. Chuck D was unmatched as a lyricist and vocalist, and his thunderous voice was backed by dense, layered beats. Flavor Flav acted as the group's court jester, but he was no buffoon. Many of his verses hid trenchant social commentary.

Public Enemy was one of the first Hip Hop acts to blend rap with heavy metal. They recorded with rock bands such as Living Colour and Sonic Youth, and they've toured with Anthrax and Rage Against the Machine.