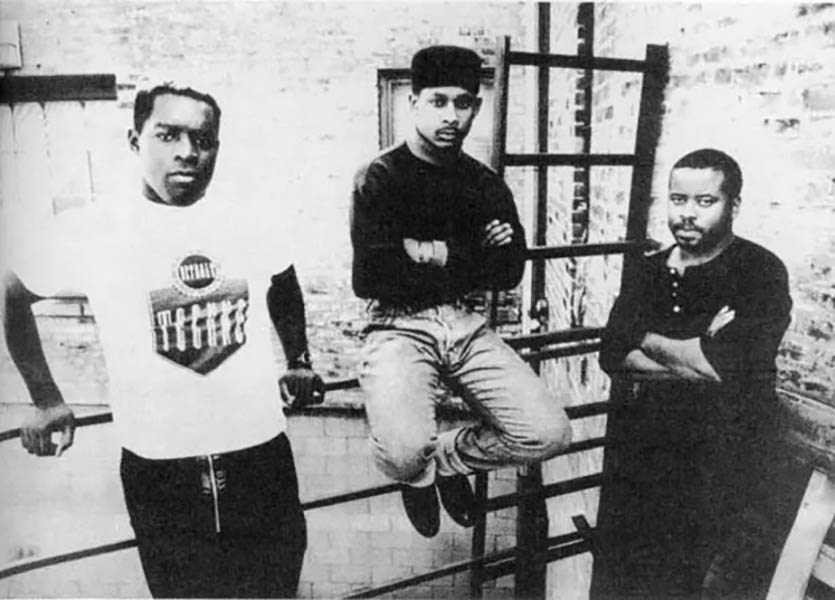 From left: Kevin Sauderson, Derrick May, Juan Atkins, aka The Belleville Three.

Techno is a perfect example of musical cross-pollination. Detroit techno was heavily influenced by funk, rock, and Motown but also European electronic music pioneers like Kraftwerk. Kraftwerk cited their early influences as Detroit proto-punk groups The Stooges and MC5 as well as Motown.

In 1983, Roland released the TR-909 drum machine, which, along with their 808, was pivotal in the development of electronic music. In Detroit in 1985, Juan Atkins, released "No UFOs" under the alias Model 500. It was a local hit and considered by many to mark the birth of Techno music.

Atkins, Kevin Saunderson and Derrick May, known as the "Belleville Three," are recognized as the creators and most important figures of Detroit techno. Atkins coined the term techno to describe the music, taking as one inspiration the works of futurist and author Alvin Toffler, from whom he borrowed the terms "cybotron" and "metroplex."

Juan Atkins, Kevin Saunderson, and Derrick May (aka "The Belleville Three") met while attending Belleville High School in Belleville, Michigan, a suburb of Detroit.

The Belleville Three: The Innovator

The Belleville Three: The Godfather

The Belleville Three: The Elevator