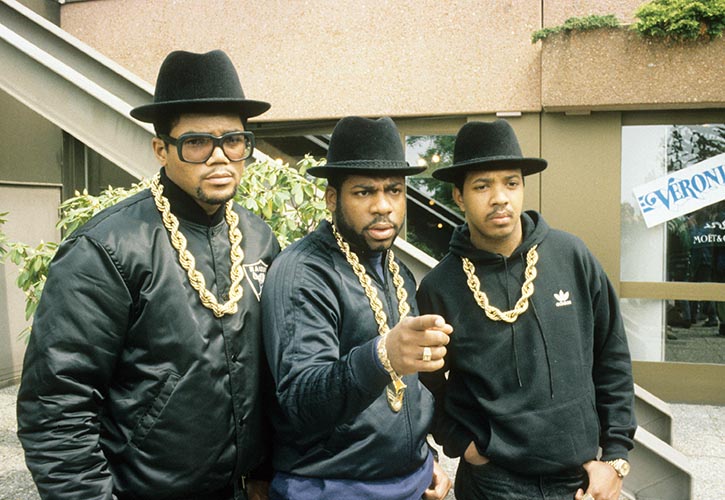 These three Hollis, Queens natives were the most important of the new school Hip Hop artists. They brought a harder edge to the music and helped move Hip Hop from a single-oriented genre to an album-oriented one. Their 1996 album Raising Hell became Hip Hop's first multi-platinum record.

The single "My Adidas" from Run-DMC's album Raising Hell led to a $1.6 million endorsement deal with the footwear company. It was the first endorsement between a musical group and an athletic company.