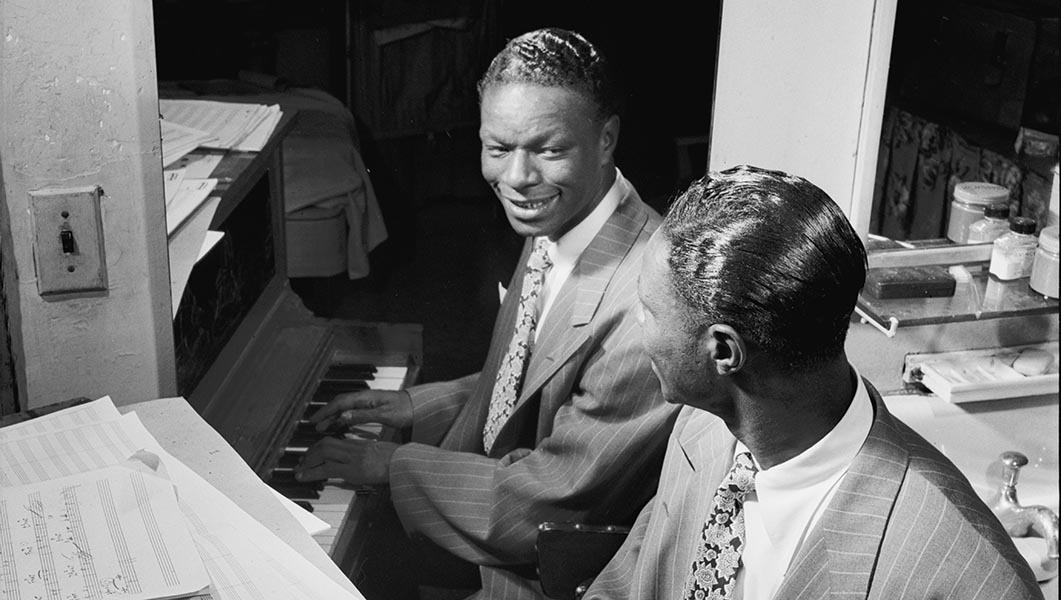 "An heir of Earl Hines, whom he studied closely as a child in Chicago, Cole was an influence on such followers as Oscar Peterson, and his trio, emerging in the dying days of the swing era, helped lead the way in small-band jazz. The rage felt by jazz fans as he moved primarily to pop singing is not unlike the anger folk music fans felt when Bob Dylan turned to rock in the mid-'60s."
William Ryhlmann, Allmusic.com

Nat King Cole was the first African American to host a network television program, The Nat King Cole Show, which debuted on NBC in 1956.

Pops was the first superstar of jazz music.

The father of jazz piano.