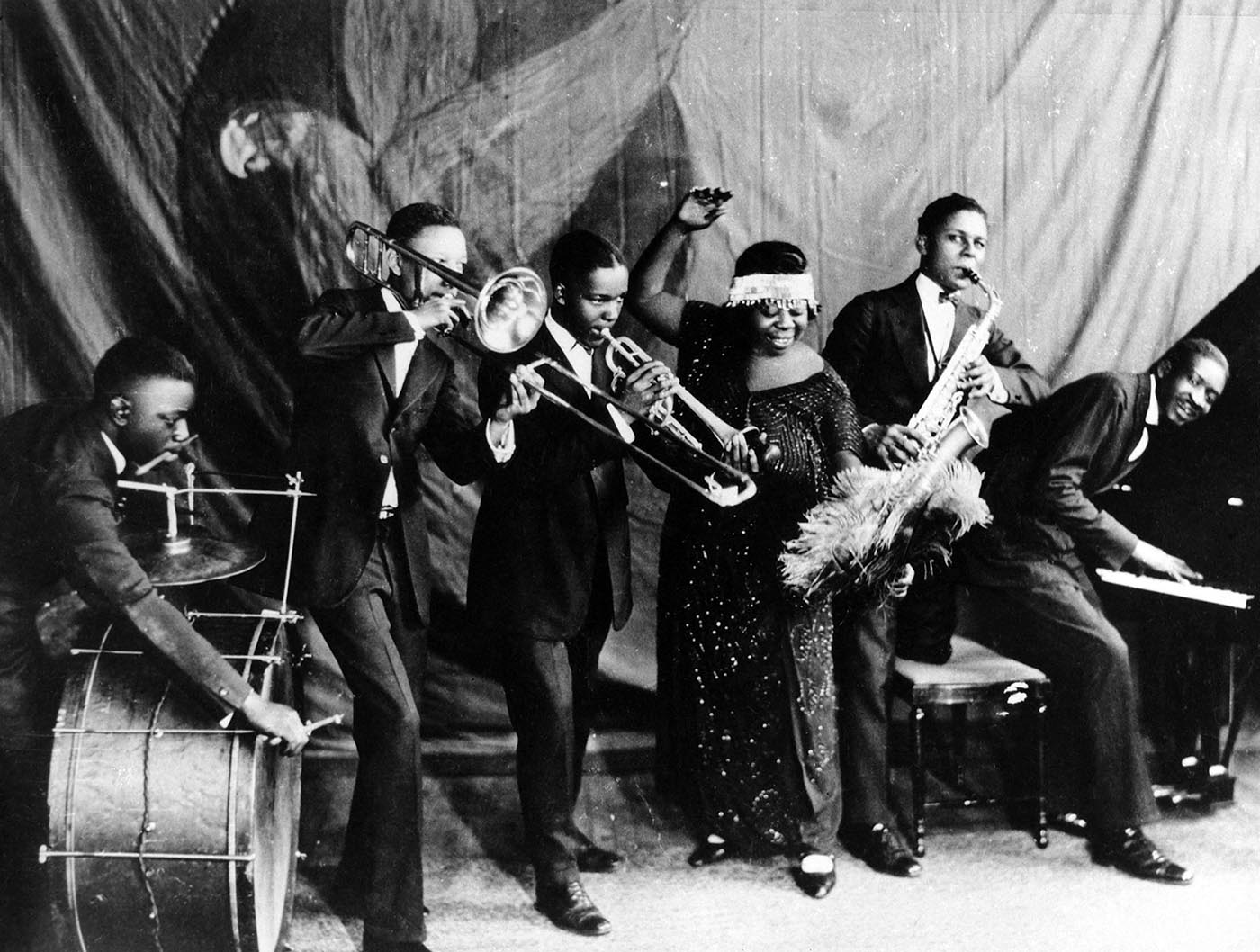 Ma Rainey with the Wild Cats Jazz Band. The band's founder, Tommy Dorsey, is on piano.

"In an era when women were the marquee names in blues, Rainey was once the most celebrated of all; the 'Mother of the Blues' had been singing the music for more than 20 years before she made her recording debut on Paramount in 1923. With the advent of blues records, she became even more influential, immortalizing such songs as 'See See Rider,' 'Bo-Weavil Blues,' and 'Ma Rainey's Black Bottom.'"

Ma Rainey was a mentor to and later a rival of Bessie Smith.