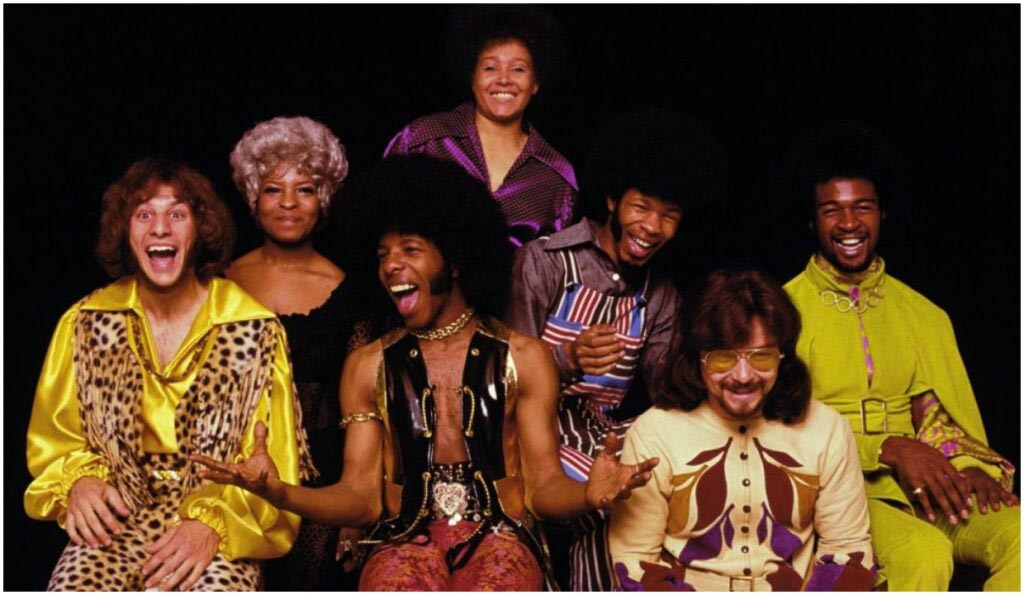 In the late 1960s, both rock and soul music were influenced by new production techniques, electronic effects and chemically-induced altered consciousness. Jimi Hendrix pioneered this sound in rock, but Sly & The Family Stone's strong rhythm and blues influence made them the quintessential practitioners of the genre.
Besides Sly & The Family Stone and a few other groups, psychedelic soul was a genre that artists dabbled into various degrees but did not exclusively record in that style. Artists such as The Temptations, Supremes, Marvin Gaye and Curtis Mayfield all incorporated elements of psychedelic soul into their work at some point in their careers.

Although the popularity of the genre was short-lived, its influence on funk, disco, and hip-hop cannot be overstated.

Hello my love, I heard a kiss from you
Red magic satin playing near, too
All through the morning rain I gaze, the sun doesn't shine
Rainbows and waterfalls run through my mind

Sly And The Family Stone

The premiere artists of the psychedelic soul genre.