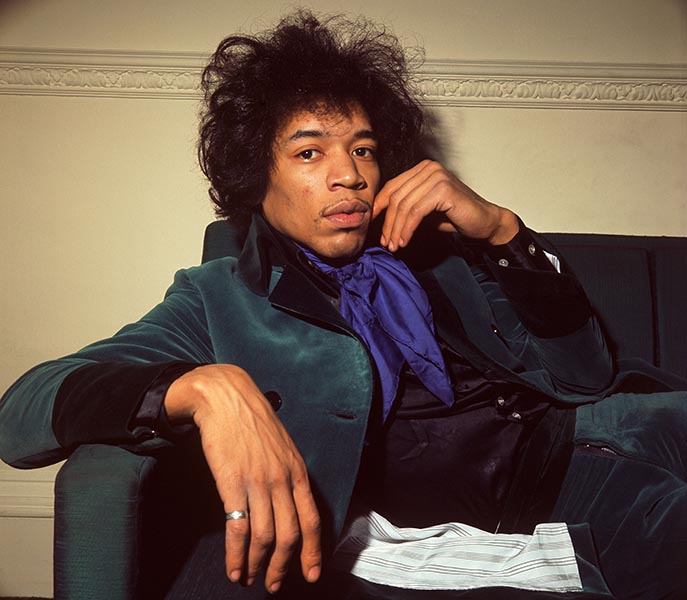 "In his brief four-year reign as a superstar, Jimi Hendrix expanded the vocabulary of the electric rock guitar more than anyone before or since. Hendrix was a master at coaxing all manner of unforeseen sonics from his instrument, often with innovative amplification experiments that produced astral-quality feedback and roaring distortion. His frequent hurricane blasts of noise and dazzling showmanship -- he could and would play behind his back and with his teeth and set his guitar on fire -- has sometimes obscured his considerable gifts as a songwriter, singer, and master of a gamut of blues, R&B, and rock styles."
Richie Unterberger, Allmusic.com

“I heard one of Muddy Waters’ old records when I was a little boy and it scared me to death, because I heard all of those sounds. Wow, what is that all about?”