The Father of Rock and Roll. 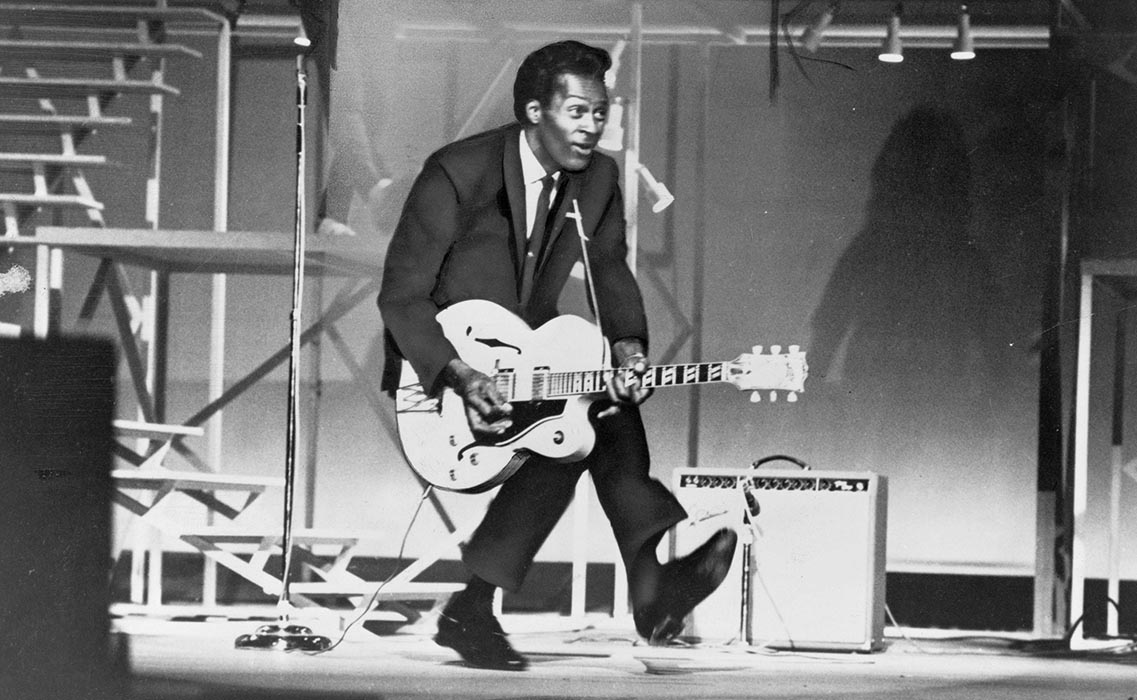 "Of all the early breakthrough rock & roll artists, none was more important to the development of the music than Chuck Berry. He was its greatest songwriter, the main shaper of its instrumental voice, one of its greatest guitarists, and one of its greatest performers. Quite simply, without him there would be no Beatles, Rolling Stones, Beach Boys, Bob Dylan, nor myriad others."
Cub Koda from Allmusic.com

"If you were going to give rock & roll another name, you might call it 'Chuck Berry'." John Lennon

Berry received a degree in hairdressing and cosmetology and worked for a time as a beautician.

The most popular Black rock and roll artist of the 1950s.

The singer-songwriter of "Why Do Fools Fall In Love."

A flamboyant and electrifying musician and vocalist.