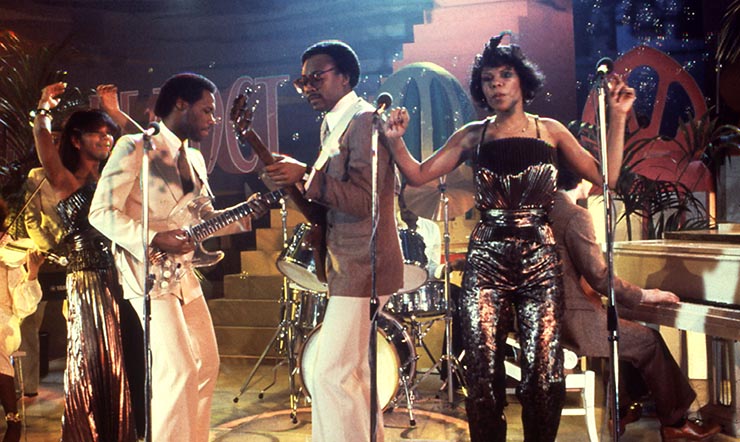 "There is no doubt that Chic was disco's greatest band. Working in a heavily producer-dominated field, they were most definitely a band. By the time Chic appeared in the late '70s, disco was already heading toward mainstream saturation and an inevitable downfall. Chic bucked the trend by stripping disco's sound down to its basic elements. Specializing in stylish grooves with a uniquely organic sense of interplay, Chic's sound was anchored by the scratchy "chucking"-style rhythm guitar of Nile Rodgers, the indelible, widely imitated, and sometimes outright stolen basslines of Bernard Edwards, and the powerhouse drumming of Tony Thompson."

By Steve Huey for Allmusic.com

Chic co-founders Nile Rodgers and Bernard Edwards met shortly after both left high school. They went on to form a jazz-rock fusion group called the Big Apple Band. The band moonlighted as a backup band for the vocal group New York City and toured with singer Carol Douglas.